Ram Totem – What it tells us

I thought perhaps this would be a good time to talk about the Ram totem since we are about to enter into the Year of the Ram according to Chinese tradition. 2015 will be the year of the Ram, sheep or goat depending on which interpretation you want to use. We are also (at the time I am writing this post) approaching the astrological sign of Aries which also has a ram as its symbol.

The ram, sheep or goat have been a symbol in many societies over the centuries. Often they are a symbol of sacrifice and the real animals were killed in a ritual for a number of reasons by different cultures. Our minds do not have to go very far if we consider the phrase “sacrificial lamb”. 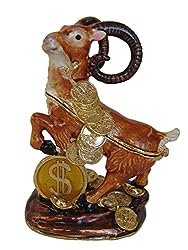 Bejeweled Goat Statue, Ram Figurine for Year of the Sheep 2015

What does the Ram totem teach us?

When the ram totem is working with you it is a sign of being the season for seeking new beginnings. It is a time for some examination of where you are and where you are going. Rather than just thinking about the possibilities it is time to initiate new endeavors.

Are you taking full advantage of the opportunities that are presenting themselves to you? As you make new leaps are you also staying in balance? Are you initiating your new pursuits appropriately? Are you talking about new ideas or are you actually acting upon them? These are all things that Ram will work with us on so that we can be in touch with the powers of our minds and our imaginations. Tapping into those will take us to new heights and new adventures.

The horns are one of the first things we notice about a ram. When he is one of your totems those horns can stimulate a great deal of mental activity. People with this totem have an active imagination and a natural curiosity that needs to be fueled and those seem to get stronger as they grow older each year. This isn’t unlike the horns of the ram which grow larger each year.

In real life, the mountain goats and bighorn sheep have a unique thing about their hooves. They actually have toes that can pinch. This aides them in climbing and keeping a good foothold. Did you know that a bighorn sheep only needs about 2 inches of space to keep their balance on a mountain? Remember that a new beginning may have a very small opening but if acted upon it can still be secured, much like the ram who can secure itself in very little space.

During the autumn of each year, young rams will test their strength in what resembles the child’s game of King of the Mountain. These young rams will spin, lunge and head butt each other for the right to mate with the ewes. If you have the Ram totem, autumn may be a perfect time for you to assert your strength and move on to new challenges of your own. 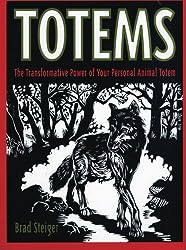 Totems: The Transformative Power of Your Personal Animal Totem