As far as I can tell from my research the Native Americans in Florida and the southwestern parts of what would become the United States were the first to use Aloe on this continent. As it became known almost as a “first aide kit” from nature its popularity grew rapidly. The plant was used to heal burns and wounds but also for insect bites, fungal infections, eczema, dry skin, frostbite and poison ivy. The cactus-like succulent was found to work on just about any skin ailment a human might have. Part of that is due to the ability of the gel from the inside of the plant to promote skin cells to regenerate more rapidly.

Aloe can be found now in many products like lotions and gels but you can also grow your own plants if you like. There are also supplements that can be taken internally but you should really check with your physician before doing that.

The simplest and most effective way to use aloe is to break off a piece of the growing plant and squeeze the gel like substance from the inside of the plant. You then just apply the sap to the skin that needs attention. That is why many people have an actual aloe plant growing in their homes and offices. 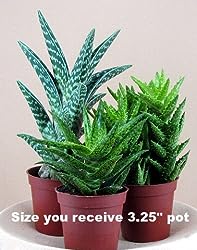 Don’t worry if you are not known for having a green thumb when it comes to plants because the aloe plant is a tough one to kill. Just about anyone can grow them, honest! The biggest thing is to not water it too often. Succulent plants have an ability to store the water for long periods of time. Your aloe plant should also not be exposed to a lot of sunshine, either. A sandy type soil works best for this plant, also.

Like I mentioned above, you don’t have to grow the plant to reap its benefits though because there are many companies who put an aloe extract into their lotions and gels that can be used in the same way that you would use the aloe sap directly from the plant.

I’m not completely sure how the aloe plant arrived in North America because it is actually native to Africa and the Mediterranean but evidence shows that it was introduced to this continent fairly early on in history. It does kind of make me wonder if the Egyptians sailed across the Atlantic as some historians believe because the aloe plant was widely used by the Egyptians. Many early civilizations knew of and used the aloe plant for skin remedies and it is still widely used today across the globe.

You can find out more about the uses of aloe vera in this handy little book: Aloe Vera Handbook: The Acient Egyptian Medicine Plant. It gives a little history of the plant along with uses for it.

What are some of the ways you use the aloe plant? Do you purchase it in a product or do you have your own plant that you harvest from when needed?